So I have realized why I didn't start a blog much sooner, I'm terrible at keeping up. I swear I am trying!!
Day 3 started out butt-freezing cold in our tent at West Hawk Lake. We got up, packed our stuff, reorganized the car a little bit (which was an absolute disaster already) and then decided we had time to take a walk with Toby. After a short and sweet walk around the campground we squeezed ourselves back into the car and off we went again, destination Swift Current Saskatchewan.

As we were driving we listened to the radio, we kept having to find stations but that was half the fun. Just as we were about to hit Winnipeg they were talking about how it had the highest violent crime rate in Canada. Honestly we laughed when we heard it. We thought if that was true we would have heard of it before, right? Wrong. So wrong. As we drove through the city our GPS turned us down a one-way street. It was a tiny little street that looked a lot more like a back alley. We were looking for a place to pull over or turn around, driving very consciously, when a guy flagged us down. When we rolled down the window this guy started yelling at us, calling us idiots. He said at one point, and I am quoting here "Where did you get your license, a fruity pebbles box??". We desperately tried to explain the situation, and when that failed miserably we pointed out that he was being unnecessarily rude. Yes, we said, we are on a one way street going the wrong way, but we are trying to turn around and he was not doing anything but making the situation worse by being rude. Rude, he said, You haven't seen rude yet.  At this point Braden decided ( maybe not so wisely ) that being rude back was the only solution. This very quickly resulted in the guy kicking the car and then as we rolled up the windows and pulled away at a squealing speed him throwing rocks at the car as he charged after us.

I really didn't know if we were going to make it out of that alive, but somehow we managed. And we got back on the highway again, A little ways later Braden admitted that maybe he shouldn't have responded rudely. But we both agreed that the guy had way overstepped and was beyond rude. But on the brighter side of things, no one wet their pants in fear and it was all behind us.


Manitoba is bad in the sense that there is not a whole lot of touristy type of stops along the highway, but what they do have are signs with stars at them when your going to pass an "attraction". They tell you the name of the place and how many km away it is and an arrow pointing which way to turn. You just follow the stars with arrows signs until you arrive. The one we followed was for "Reptile Gardens". It was literally in the middle of nowhere, down three different unpaved, un-graveled back roads. Braden was hesitant at first, but came in with me anyways. We went into what looked like a little building, and there were lizards, bugs, and fish all over. Caged stacked. We went on the tour, which took your from the main front room down hallway after hallway, on either side of you was crocidiles, aligators, snakes bigger than I have ever seen, more fish and bugs (spiders unfortunately included), and so many cute turtles. Some of the animals were rescue animals. There was so much to see, and for only 5$ each! It was absolutely worth the detour and 10$. It is the biggest of its kind in North America. 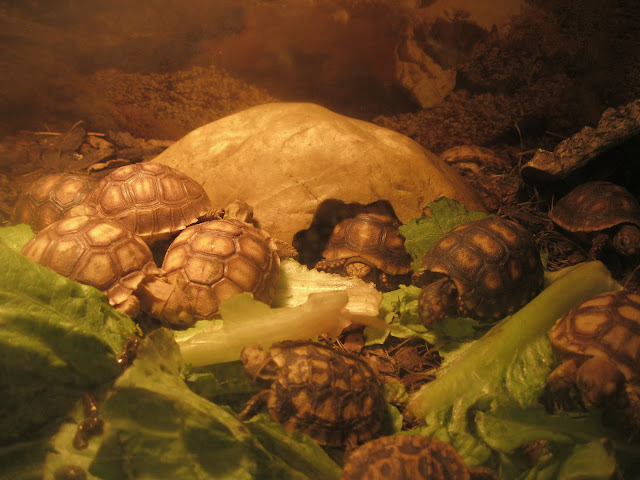 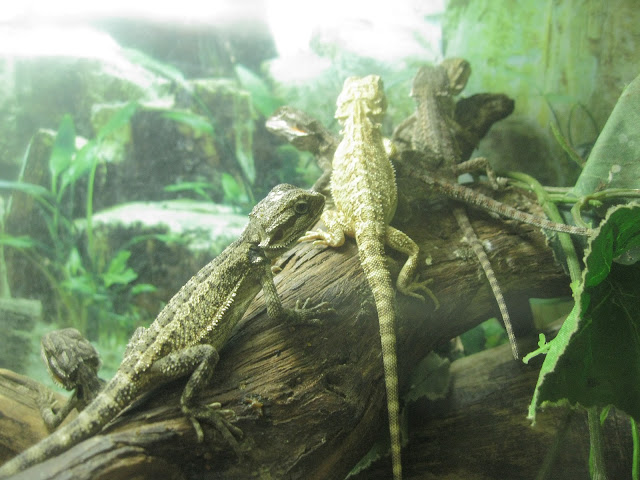 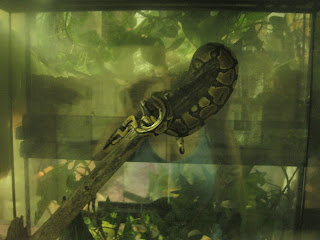 The rest of the trip was pretty uneventful. The prairies had more hills than we had expected. Tourist wise, Sask. was much more helpful. We bought some Saskatoon berry chocolates and jam at the Tourist Info stop. The end of the drive, from about Medicine Hat to Swift Current, was quite outrageously boring. It started getting rainy so instead of camping, which we had planned on doing, we decided to splurge and stay at a motel. We got chips and dip for dinner, and stayed at Thriftlodge. ThriftLodge is the same chain as TravelLodge, but as the name suggests, is a thriftier version. And old huge video camera duct taped to the wall as the security camera. Mismatched furniture  mismatch soap and shampoo. Only the best of the best for us cheapos! There was a pool and a hot tub, which we tried, but after about 5 minutes we agreed that neither struck us as very sanitary we decided to go to bed early. It is off to the Rockies in the morning! 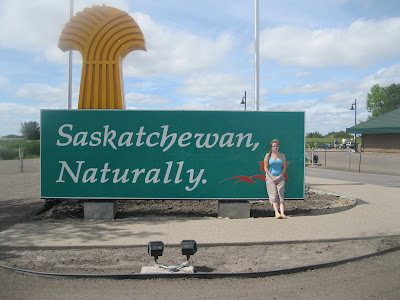 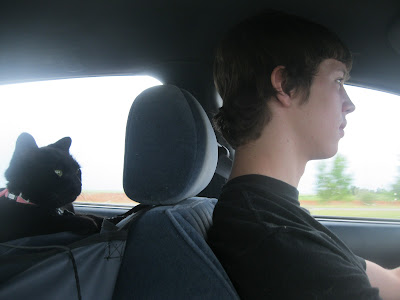